You are here: Home / News / Knowledge / What is the relationship between fiber and broadband?

What is the relationship between fiber and broadband?

Broadband means that your family wants to surf the Internet for computers and mobile phones. You go to the business hall and tell me to set up a broadband for me. It is the usual name for the home cable network. , So at that time, the family wanted to access the Internet with a telephone line plus a cat (modem) dial-up Internet access, which was very slow. Later, a network cable network was laid, and the speed was very fast. 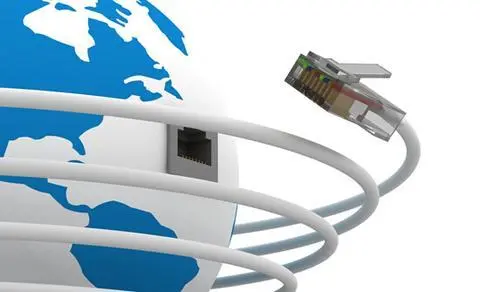 In order to distinguish it from the previous telephone line dial-up Internet access, a name was taken. Call it broadband Internet access. Now, when we talk about opening the broadband Internet service, it means installing a wired network in your home. Optical fiber means that this wired network can have multiple connection methods, network cable or optical fiber. I wont Mt mention the network cable. You must have seen it. Optical fiber is another transmission method. It is made of glass fiber and transmits optical signals. Compared with the electrical signal of the network cable, the optical fiber has a long transmission distance and strong anti-interference ability. The long distance also means that the signal attenuation at the same distance is smaller, and the cost is low and the bandwidth is high. After this fiber enters your home, there must be something called a light cat to convert the fiber into a network cable before you can connect to a computer or router for Internet access. The so-called 100M optical fiber means that it is fiber-to-the-home broadband (also a wired network, and the optical fiber is directly connected to your home), and the bandwidth reaches 100mbps. Divide by 8 to get the usual maximum download speed of 12.5MB per second. In fact, 100M reaches Not so high, usually 11MB per second. 200M fiber is the same, divided by 8 to get 25MB per second speed. And if you say 100M broadband, it is also a wired network, but it may be a network cable instead of an optical fiber that is connected to your home.

How many M fiber is it? How many M fiber refers to the bandwidth you lease from the operator, and the bandwidth used to receive data from the Internet is transmitted through the basic transmission tool of fiber. What is the relationship between broadband and fiber. This means that the broadband we lease to the operator is carried over fiber. In fact, whether we receive signals or transmit signals. From the terminal equipment to the optical modem, electrical signals are used. Therefore, it is more appropriate to change broadband fiber to broadband fiber to the door.