You are here: Home / News / Knowledge / Do you know what a modem is?  Take you to understand the difference between modem and fiber optic transceiver

Do you know what a modem is?  Take you to understand the difference between modem and fiber optic transceiver

When broadband installers come to the door, they bring them to the installation. From purchase to installation and setting, no user intervention is required. Therefore, the average user does not know much about optical modems.

Fiber optic transceivers can be understood as Ethernet equipment that converts electrical signals .that can only be transmitted over short distances into optical signals that can be transmitted over long distances, and are generally used to extend the transmission distance. There is also a situation where companies build high-speed local area networks, using a thin optical cable to easily break through the bandwidth limit, 100M, 1000M self-adaptive, and replacing network cables with optical cables can greatly reduce costs. 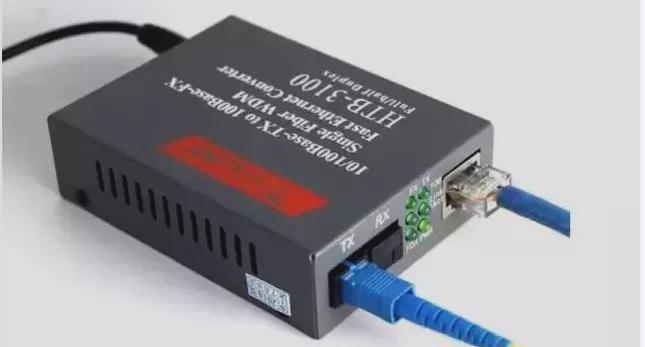 Because of its large capacity, long transmission distance, low attenuation and many other advantages, optical fiber is currently basically a broadband access method for households or enterprises and institutions. Computers, mobile phones, and various network devices transmit electrical signals. To communimodeme via optical fibers, optical-to-electrical conversion is necessary, and optical modems are indispensable. After the optical cable enters the home, it must pass the conversion of the optical modem signal and the conversion of the interface protocol.

But do you know?  The optical modem is divided into two kinds of GPON and EPON, two kinds of optical modems cannot be used in common. The two optical modems support different protocols. EPON is an IEEE standard and adopts a point-to-multipoint structure. The working protocol is simple, and the networking is cost-effective and efficient. And GPON supports a higher rate than EPON, and can bring more users than EPON, but the technology is complex and the hardware cost is higher than EPON. EPON and GPON are just different standards used in the protocol. GPON supports a larger bandwidth, but the operator’s cost is higher.

Through the above analysis, we finally summarize. The optical modem is a network device that performs photoelectric signal conversion and interface protocol conversion after the optical cable enters the home. According to different protocols used, optical modems are divided into GPON and EPON. The former supports more protocols and higher network rates, while the latter is low in cost. Fiber optic transceivers or photoelectric converters are network devices that realize photoelectric conversion. They are used to break through the limitations of network cable transmission and are mostly used in local area networks.