You are here: Home / News / Knowledge / Has fiber coverage been achieved in the United States?

Has fiber coverage been achieved in the United States? 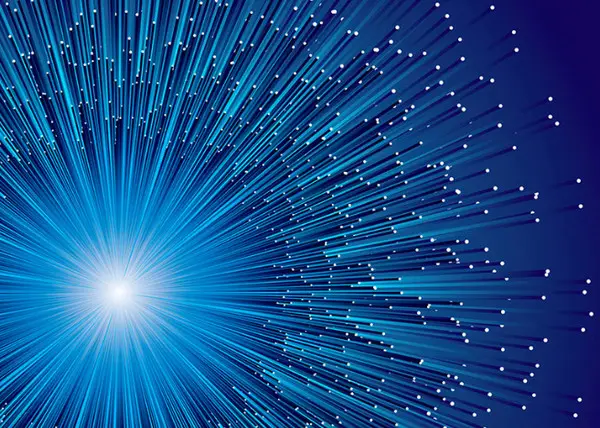 1. The fiber coverage of the backbone network in the United States is very high, and the cities and interiors must be connected to each other by fiber optics. Around 2000, during the Dot-com Bubble period, a large number of dark fibers were laid on the backbone network, which has been used until now. Until recent years (after 2015), with the large-scale construction of data centers of major Internet companies, the fiber resources of the backbone network have been fully utilized. In addition to traditional operators (AT&T, Verizon, T-mobile, etc.) and network infrastructure providers (Zayo, Windstream, etc.), major Internet companies (Google, Amazon, Facebook, etc.) have also begun to invest in backbones themselves Laying of network cables.

2. The fiber coverage of the access network in the United States is not high, especially compared with countries in Asia, such as China, Japan, South Korea and so on. Due to historical development reasons, the broadband market in the United States is mainly monopolized by Cable (coaxial cable, that is, cable TV) and DSL (twisted pair, that is, telephone line), and the coverage of Cable companies (Comcast, Cox, etc.) Especially extensive, and DSL companies (AT&T, etc.) have quite a wide coverage. From the perspective of investment in broadband services, due to the high labor costs in the United States, the investment in physical access to the last mile network accounts for the largest part (>70-80%) of all network investment. DSL, or the construction cost of fiber to every home. Therefore, operators tend to reuse the previous infrastructure investment, and will not invest in new network construction unless it is absolutely necessary. From another point of view, the systems and standards of Cable and DSL are also constantly developing. Full Duplex DOCSIS3.1 in Cable can already provide 10Gbps uplink and downlink services. Similarly, XG.Fast in DSL can provide Uplink and downlink 10Gbps (combined rate) service. Although, with the increase in the speed of Cable and DSL, the transmission distance is also greatly reduced. DOCSIS3.1 can support ~1 km, XG.Fast can support ~100m, but operators will choose to lay optical fibers to more and more Get close to the user without touching the last mile of access network. The high investment in last-mile network access also tends to make the network operators in the United States autonomous in different regions, forming a monopoly in one region and lack of competition. In many regions, only one operator provides services, and consumers have few choices. As a result, the customer service of the broadband operator industry has always been at the end of the major service industries. Compared with China, the United States does not have a large-scale national construction plan (broadband to the home), and operators need to be responsible for their own profits and losses for every investment, and they are responsible to shareholders. Therefore, there will be no large-scale unified construction behavior.

The main operators of fiber access in the United States are Verizon, AT&T, and some other regional companies. In 2010, the Google Fiber project, endorsed by Internet giant Google, once became a chub that stirred up the huge and slow U.S. broadband market, and consumers had high hopes. However, eight years later, Google Fiber also faced the problem of high last-mile construction costs, and its network expansion began to become relatively slow in 2016. Even so, the Google Fiber project has played a role in disrupting the U.S. broadband market, prompting a significant increase in the overall broadband access speed in the U.S. and a decline in prices to a certain extent.

From a long-term point of view, broadband access networks will definitely turn to optical fiber access. Compared with Cable and DSL, optical fiber has too many advantages, such as large bandwidth and low maintenance costs. Now, whether it is Cable or DSL companies, when constructing any new area, they will use optical fiber access instead of continuing to build Cable and DSL. Therefore, it should only be a matter of time for fiber access to replace the other two access methods in a large area in the United States, but the specific time point depends not only on the saturation of DOCSIS and the backward development of DSL systems, but also on killers with large bandwidth requirements. The emergence of advanced applications, such as 4K/8K TV, AR/VR, IoT, etc.Interests: The author works for a small operator under an Internet company in the United States, and has been engaged in scientific research and development of high-speed optical fiber access networks and systems for many years.