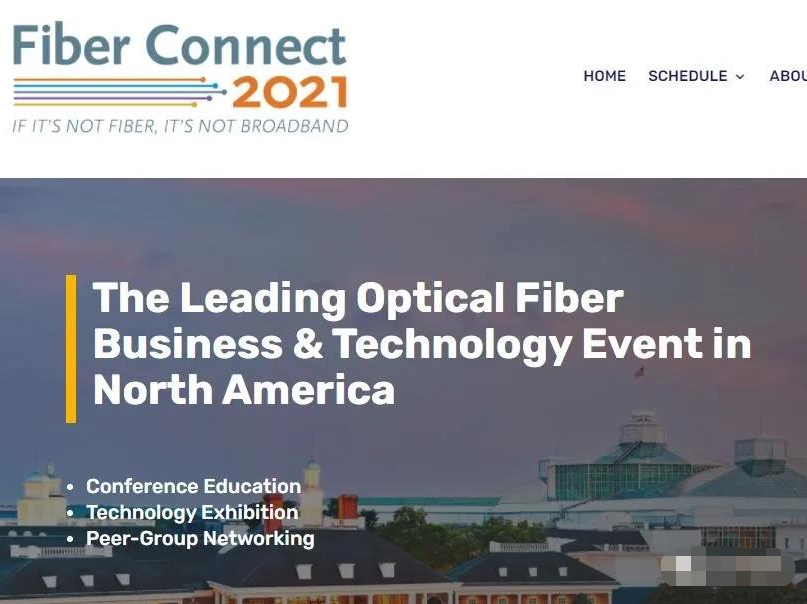 On 7/30/2021, Lightreading reported that at the FiberConnect 2021 fiber broadband conference held in Nashville, Tennessee last month (July 25-28), the participants agreed that broadband services need to be more popular, but how to promote the further development of fiber broadband , There is still a lot of controversy.

The focus of the debate is whether taxpayers’ money should be used to support broadband development, whether Internet companies should be allowed to enter the broadband access market, and whether the existing broadband payment model can survive, especially whether it can adapt to the reality of underdeveloped regions. .

In his speech on Tuesday, Windstream CEO Tony THomas called for funding such as university service funds to enter the ranks of funders of broadband construction. The investors in these funds originally included many telecom and cable TV operators. He pointed out that USF's main financial resources now come from voice revenues from telecom operators, but these revenues are shrinking at a rate of 20% every year. More companies that use digital networks, such as Netflix, Google, etc. join in. This is only a small amount of money for them, and should not just be burdened by telecom operators. He warned that the reduction in USF fund investment cannot be compensated by the increase in fixed lines. If the universal service funds for telecommunications become insufficient in the next few years, it will be a shame, especially under the influence of COVID, everyone sees broadband. the value of.

Participants are still discussing the infrastructure construction bill that is being debated in the US Congress. Many of this one trillion dollar investment plan will be used for broadband networks, and everyone is generally optimistic about the prospects.

Gary Bolton, CEO of the American Optical Broadband Association, also said that the current broadband investment is both government and private. He believes that there is no need to wait until Congress's infrastructure bill is approved before fiber deployment begins. The existing funds include RDOF's 9.2 billion US dollars, which can be applied for right away. The California government also added 7 billion U.S. dollars for this, which is only a state.

Hu Meena, CEO of another operator, C-Spire, suggested that government funding should be mainly used for fiber-optic broadband, and should not be shared among broadband technologies such as fixed wireless, satellite, and wireline e-commerce. He said: "It's been a long time since our policymakers wanted to maintain technology neutrality, but that would make the United States lose competitiveness. Americans are no longer satisfied with copper wire broadband, which is the technology of the typewriter and fax machine age." Politicians’ debates in Congress are meaningless to our country. It’s just a means by which big companies want to maintain their superiority.” His speech received full applause.

The FiberConnect conference was originally an FTTH conference in the United States, which mainly gathered local broadband operators from all over North America. Nowadays, at this conference every year, cloud giants, top operators, cable TV network service providers, and satellite communication service providers gather here with different purposes and ideas. Some people want to discuss how to make fiber-optic broadband and electricity services the same. Popularity, and some people just want to maintain a monopoly.

According to Windstream data, 42 million households in the United States do not have enough broadband services, and almost one-third of households have an annual income of less than US$30,000 and have to worry about broadband bills. To bridge the digital divide, universality and affordability are all goals. Windstream's Thomas summed it up like this.