You are here: Home / News / Industry News / What is the impact of the Russia-Ukraine war on foreign trade industry?

What is the impact of the Russia-Ukraine war on foreign trade industry?

Clashes between Russia and Ukraine have intensified over the past week. Russia announced the launch of a special military operation in Ukraine's Donbas region early Wednesday morning.  On The same day, Russia carried out precision strikes on Ukraine's military infrastructure, destroying the Ukrainian National Command.  The Russian Ministry of Defense announced Thursday that Russian forces suspended active attacks in the area of operations after the Government in Kiev announced that it was ready for negotiations.  After The Ukrainian side gave up the negotiation process, all the troops continued to carry out the offensive in all directions according to the operational plan on The 26th.  Artillery battles broke out in Kharkiv, Ukraine's second largest city, On Sunday, the heaviest since the war between Russia and Ukraine. 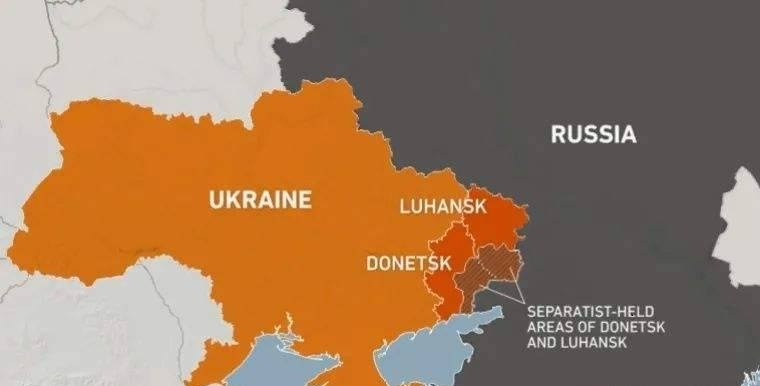 A state of war has been declared across Ukraine, airspace has been closed and diplomatic relations with Russia have been cut.  On the evening of February 28, Beijing time, the first talks between Russia and Ukraine were held in Belarus, but the talks did not achieve the expected results and made no substantive progress.  On March 3, the two delegations held a second round of talks lasting two and a half hours in Belovzh Forest in Belarus, during which the two sides reached an agreement on the establishment of a humanitarian corridor.  The two sides will maintain communication and cooperation on the establishment of humanitarian corridors in the near future.  Over the past week, the conflict between Russia and Ukraine has had a major impact on global trade and economy, and the impact will continue to be felt of the Russian and Ukrainian currencies.  On February 24, the Exchange rate of the Russian ruble against the DOLLAR fell to 1:86, the lowest since January 2016.  The rouble fell to 99.99 against the euro, its lowest level since December 2014.  However, due to the risk-averse nature of RMB, the demand for risk-averse funds to allocate RMB assets has increased.  On February 24, the central parity rate of the RMB against the US dollar rose 33 basis points to 6.3280, and the onshore exchange rate peaked at 6.3105 in the morning.  On the evening of February 26th local time, Europe, Britain and Canada issued a joint statement to ban several major Russian banks from using the SWIFT international settlement system，Japan also announced on July 27 that it would exclude Russian banks from SWIFT, following the United States.  The United States has taken steps to ban any dollar transactions by Russia's central bank and block Russian direct investment funds altogether, a senior US government official said on Tuesday.  International freight analysts say the escalating crisis poses risks to shipping services at Ukrainian ports.  Russia is likely to respond to sanctions from the US and Europe with cyber attacks, with critical infrastructure such as shipping companies, ports and terminals the most likely targets.  Maersk, the world's largest container shipping company, announced on Monday that it will stop docking at Ukrainian ports from Thursday and will stop accepting new bookings to or from Ukraine until further notice.  As of March 1, Maersk, MSC, Hapag-Lloyd and ONE of Japan, which control about 47% of the world's container ship capacity, have joined the sanctions against Russia and announced the suspension of shipping business to and from Russia.  In terms of international trade, China is currently Ukraine's largest trading partner.  In Yiwu, Zhejiang province, exporters dealing with Trade between China and Ukraine said orders from Ukraine have decreased significantly since the conflict broke out between Russia and Ukraine, and the usual peak orders for the New Year did not appear this year.

In terms of imports, as China's largest importer of sunflower seed oil and second largest importer of corn, the tension in Ukraine has led to a rise in grain prices, which will also affect the price of domestic feed.  The current situation between Russia and Ukraine has boosted commodity prices in the short term.  Aluminium surged past its 2008 peak of $3,388 on February 24 to a record high, extending gains to nearly 3 per cent and reaching its highest level in more than 13 years.  On March 2, international oil prices continued to rise, WTI crude stood at $110 / barrel, continuing to hit a new high in 2013.  Brent crude also crossed $111 a barrel.

In view of the current situation and according to the risk tips given by China Export credit Insurance Corporation, the following risk prevention suggestions are given for Chinese cross-border export enterprises and merchants:  1, pay close attention to the progress of the situation, do a good job of risk screening export enterprises to pay close attention to a series of policies announced by the Ukrainian government, but also pay special attention to western economic sanctions against Russia on their own receivables.  Export enterprises immediately checked and sorted out the situation of unreceived foreign exchange in Ukraine and Russia, closely followed the repayment progress of buyers, grasped risk information in time and made preparations for relevant work.  The export enterprise should contact the Ukrainian and Russian buyers in time to know the current operating conditions of the enterprise, the safety status of the enterprise personnel and the smooth flow of funds and other information.  2. Track the logistics situation and minimize the loss to the maximum extent. If the goods have been exported, it is suggested that the export enterprises closely track the flow of the goods in transit, contact the carrier as far as possible to control the right of the goods, and actively seek for the goods handling scheme.  If the buyer refuses to accept the goods or is unable to take delivery of the goods, it shall actively deal with the goods and reduce losses by reselling or returning the goods as far as possible.  3. Pay attention to the risk of foreign exchange collection and timely confirm the creditor's right. For the business that the buyer has received goods, it is suggested that the export enterprise communicate with the buyer about payment arrangement as soon as possible.  If the buyer is willing and able to repay the loan, he may urge the buyer to fulfill the payment obligation as soon as possible.

If the buyer indicates that it is unable to make the payment on schedule, it shall promptly require the buyer to confirm in writing the amount of debt and the payment liability, and timely report the risk information to CicC as agreed in the policy. 4. Retain necessary evidence and safeguard their own rights and interests If the two parties change the shipment time, logistics method, payment terms and other related items after consultation, it is suggested that export enterprises keep written evidence such as fax or email for the changes to effectively safeguard their own legitimate rights and interests. The smooth development of international trade is inseparable from a peaceful and stable social environment.  We hope the war will end as soon as possible and the world will regain the former peace.