You are here: Home / News / Blog / What Cable Should Be Used for The 10G Transceiver Module?

What Cable Should Be Used for The 10G Transceiver Module?

Transceiver modules and jumpers are the two basic components for laying out optical networks. One of the questions that some customers often face is which cable should be used for the transceiver module.

Fiber optic patch cable is used to make patch cables from equipment to fiber optic cabling links. There is a thicker protective layer, which is generally used for the connection between the optical transceiver and the fiber termination box. Fiber patch cord is mainly used in some fields such as optical fiber communication system, optical fiber access network, optical fiber data transmission and local area network. 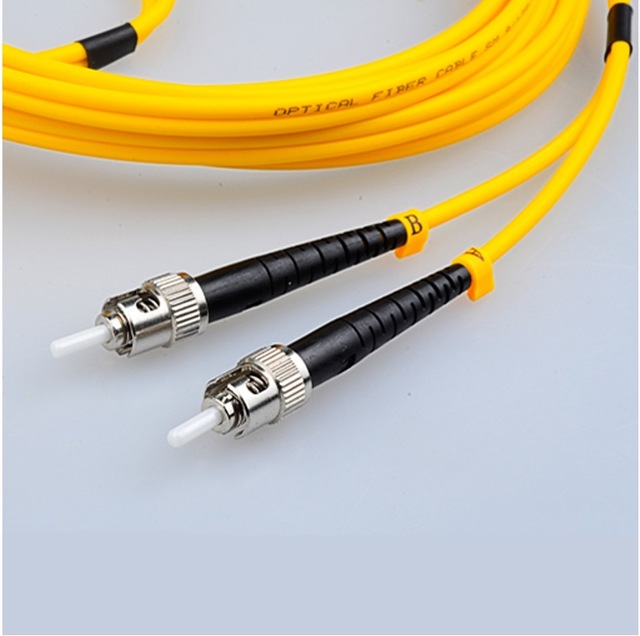 10G Base-T to 10G Base-R Media Converter supports two types media for network connection such as 10GBase-T and 10GBase-FX. The bridge media converter is designed with a 10Gbase Ethernet PHY chip that connects two types segments operation smoothly. This converter can be used as standalone unit or as slide-in module to the 19 converter rack Chassis for use at a central wiring closet.

With the continuous popularization of broadband access, it is necessary to develop more high-speed and low-cost optical communication networks for local area networks, wide area networks, storage networks and other networks. In this context, 10G data link interfaces such as 10 Gigabit Ethernet, SONET OC-192/SDH STM-64 and Fibre Channel have all been standardized.

At the same time, the multi-source agreement (MSA) gave birth to the development of 10Gbps optical transceivers, including 300-pin MSA transponder, XENPAK, XPAK, X2 and XFP. XFP is currently considered to be the most promising 10G module technology. Because its application has nothing to do with the protocol, it has a wide range of applications.

XFP is low in price, its miniaturization, hot-swappable and other advantages make it possible to achieve high port density applications, so it is very popular.

In the key circuit part of the 10G XFP module, the interconnection interface between high-speed ICs is first analyzed, including PECL, LVDS and CML. Then in the laser interface circuit part, different driving methods and coupling methods are compared. Finally, according to the selected chip characteristics, a single-ended AC coupling drive was selected in the design.

Factors to Consider When Choosing A 10G Jumper

Recently, it is much easier to choose an optical module for the network than to choose a matching ofc patch cord. Based on most applications, there are three main factors to consider when choosing a 10G jumper including the transmission medium, transmission distance and transceiver module interface.