You are here: Home / News / Blog / History of video cables

Many electronics have to be connected to a monitor before you can use them. Even devices with their own screens (such as smart phones and laptops) have this option, so users can choose to use larger bare fiber adapters, such as televisions and projectors. Over the years, with the continuous development of technology, many new video lc pc patch cords have been introduced and gradually replaced the old video cables. Modern HD TV has gone a long way compared with the old black and white TV. 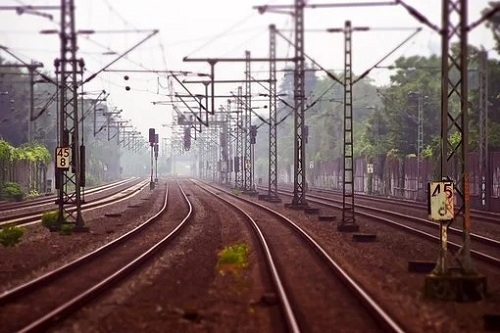 The history of video cables:

1956: Introduction of composite RCA, and became common standards for television, VCR, LaserDisc, video game consoles, computers in subsequent decades. Each cable can only send one signal, thus laying the foundation for multi-signal cables to replace RCA.

1979: S-Video released as an alternative to composite RCA. Until the early 1990s, it was included in VCR, home computers and some early video game consoles.

1987: VGA was originally created by IBM for their x86 machines. Excellent work makes VGA the industry standard for computers, televisions, projectors and other electronics. As time goes by, it becomes the most successful, longest-lived analog connector.

1990s: RCA component developed as an upgrade to composites. Although powerful for metal analog cables, there is little time to catch up with power flows before digital cables begin to become new standards.

1999: DVI was invented by the Digital Display Working Group between seven major technology companies and became the first major standard for digital video cables. It has the advantage of compatibility with the old simulation format. Mini-DVI and Micro-DVI are also introduced for mass use with Apple products.

2002: HDMI 1.0 was developed as a collaborative project among a number of technology companies and supported by various media and telecommunications companies as a new industry standard. HDMI 1.0 video cables can soon be implemented on computers, televisions, and almost all other electronic devices connected to monitors.

2005: HDMI 1.2 is released, it made some changes to make it more computer friendly.

2008: Apple ceased using Mini- and Micro-DVI, and started implementing Mini DisplayPort in their locations and they provide free licenses for other companies to use Mini DisplayPort as well.

2008: Companies involved in HDMI development were awarded the Technology and Engineering Emmy Award by the National Academy of Television Arts and Sciences.

2009: HDMI 1.4 is released, being the first HDMI capable of 4k. From then on, HDMI cable can also support Ethernet.

2011: Thunderbolt (exactly the same as Mini DisplayPort) was developed through cooperation between Intel and Apple and started to be implemented on the Mac.

2013: HDMI 2.0 is released and is the first HDMI capable of fully supporting 4k resolution.

2013: Thunderbolt 2 was developed and first released with MacBook Pro 2013.

2016: Thunderbolt 3(physically the same as USB-C) started on Apple products.

2017: HDMI 2.1 is released, introducing a "hypervelocity" HDMI. The resolution is 8k and supports backward compatibility with the old HDMI.

The protection of cables:

Along with the rapid development of power mode conditioning patch cord buried laying project, the cable protection casing is made by polyethylene PE and high quality steel pipe through sand blasting pre-treatment, immersion or coating, heating curing process. It is one of the most commonly used electrical insulation cables to protect wires and cables. It is widely used because of its good insulation, high chemical stability, no rust, no aging and adaptability to harsh environment.

The use of fiber optic patch cable protection casing can achieve the following advantages :

2. Flame retardant, good heat resistance, and can be used at 130 degrees high temperature for a long time without deformation.

4. Whether pipe or pipe fittings, the protective casing is flexible and can resist the damage caused by external heavy pressure and foundation settlement.

5. It has good performance against external signal interference.

6. The inner wall is smooth and does not scratch the short cat5 patch cables. The design adopts the socket type connection mode, facilitates the installation connection. Rubber sealing ring seal at the joint not only adapts to heat expansion and cold contraction, but also prevents mud sand from entering.