You are here: Home / News / Blog / History of coax cables

Coaxial cable is a cable with two concentric conductors, and the conductor and shield layer share the same axis. The most common coaxial patchsee cat6 rj45 ethernet cable consists of copper wire conductors isolated from insulating materials. On the outside of the inner insulating material is another layer of ring conductors and their insulators, and then the whole 3m cat6 patch cord is covered by a sheath of polyvinyl chloride or Teflon material.

Coaxial flat cat6 patch cables can transmit radio frequency (RF) signals and has been the backbone of communication technology for decades. From radio to telephone to television to computers, it continues to be used even as coaxial rj45 patch cables technology continues to develop. The origin of coaxial cable began in the late 19th century and has a history of more than 100 years. 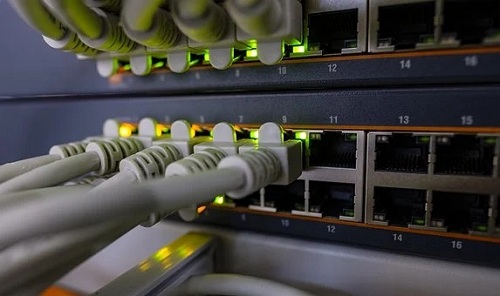 The history of coaxial cables:

1880: The original coaxial cable was invented by Oliver Heaviside, an English inventor. Heaviside studied the cable lines, it was found that wrapping the lines with insulating materials can reduce the signal loss and make the cables more durable. With this discovery, he created and patented the world's first coaxial cable.

1884: The second coaxial cable was produced and patented in Germany by the Siemens&Halske of the Electrical Engineering Company (later merged with the Siemens Company).

1894: Nikola Tesla applied for the first U. S. patent for electrical conductors, which became a key component of the birth of modern coaxial cables.

1929: Espenschied and Affel patented coaxial cable in the United States.

1934: Coaxial cables are publicly disclosed in the AIEE Electrical Engineering of October 1934.

1936: The first television image was transmitted to Leipzig about 118 miles away from the 1936 Summer Olympics in Berlin by coaxial cable.

1936: The first underwater coaxial cable is installed between Apollo Bay in Melbourne and Stanley in Tasmania, Australia. A 300-kilometer (186.4-mile) cable can transmit signals from seven telephone channels.

1936: AT&T experimented with telephone and television cables between New York and Philadelphia (94.6 miles. Successful experiments can support 240 calls at the same time.

1941: AT&T put the coaxial cable into commercial use and set up a treaty 210-mile line between Minneapolis and Steven Spoint in Wisconsin. This improved coaxial cable can support 480 phone calls or one TV channel.

1956: TAT-1, the first transatlantic coaxial cable carrying 36 telephone channels, is completed. The cable is 4,500 miles long and partially submerged 2.5 miles below sea level. TAT-1 then opened the Washington-Moscow hotline during the cold war.

1978: TAT-1 retired, and the subsequent transatlantic cable retained the "TAT" name for its honor.

2006: TAT-1 was rated as a IEEE milestone and entered a list of historical achievements related to electrical and electronic engineering.

2006: Espenschied and Affel are inducted into the US National Inventors Hall of Fame.

The storage of cables:

If the cable is to be stored for a long time, the following considerations should be taken according to the location of the cable:

1. Under the roof. Cables can only be applied without direct exposure to sunlight or ultra-high temperature.

2. The outer wall. Avoid direct sunlight on the wall and artificial damage.

3. The pipe (plastic or metal). If the 30 ft ethernet cord is in the pipe, pay attention to the damage of the plastic pipe and the heat conduction of the metal pipe.

4. Suspension cable. Consider the sag and pressure of the cable, which binding method is intended, and whether the cable is directly exposed to sunlight.

5. Laid directly in underground cable trenches, this environment is the smallest control range. Cable trench installation should be regularly dry or wet check.

6. Underground pipes. In order to facilitate future upgrading, internet patch cable should be isolated from surface pressure and surrounding environment.