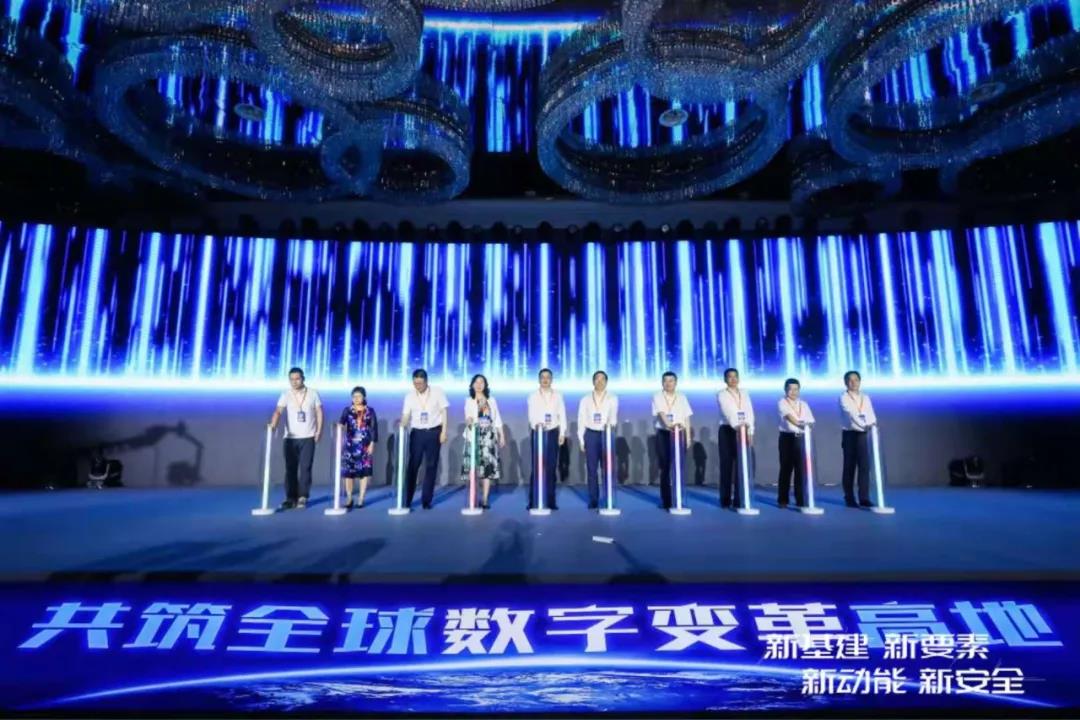 Zheng Jie, secretary, chairman and general manager of the Zhejiang Mobile Party Committee, said at the meeting: Digital reform is a systematic project, which is inseparable from the top-level design and overall promotion of the party committee and government, and requires the active participation of all parties in the society. At present, the digital reform is in a critical period of entering the runway and making full use of its power. As the leader of 5G development, the main force of digital Zhejiang, the enabler of a smart society, and the vanguard of high-quality development, Zhejiang Mobile will work with its partners. Together, we will join hands with the "Circle of Relatives" to expand the "Circle of Friends" and gather powerful forces to promote digital reforms to create an "important window" for Zhejiang, strive to create a leading province in socialist modernization, and create a global digital transformation highland. Present the 100th anniversary of the founding of the party with outstanding achievements.

It is understood that Zhejiang Mobile immediately matched the digital reform plan of our province, quickly established a leading group and 11 special work classes, dispatched more than 200 expert backbones to the digital reform special classes of party committees and governments at all levels, and deeply participated in integrated Internet government services. There are 16 iconic applications such as the four platforms of platforms and grassroots governance, and more than 90 integrated solutions including urban brains, future communities, and future factories have been launched.

In order to further promote the integration and innovation of information technology and empower digital reforms, Zhejiang Mobile released a series of results and measures in four aspects: new infrastructure, new elements, new kinetic energy, and new security at this conference:

In the field of new elements, the latest achievements such as the "Indus•Digital Intelligence Phoenix Nest" big data integrated solution and the "Nine Days" artificial intelligence platform have been released. Among them, the "Wutong" big data solution empowers more than 10,000 digital application scenarios. China Mobile (Zhejiang) Innovation Research Institute is accelerating the research and development of AI core technologies and the transformation of results, creating smart fields, smart homes, smart camps, smart security, The six product systems of Smart Chain and Smart Number currently have more than 130 AI capabilities. Zhejiang BSP blockchain innovation service platform accelerates the deep integration of blockchain, mobile cloud and 5G. In addition, Zhejiang Mobile can also provide customers with 17 types of edge computing products, and strengthen the OneNET platform capabilities on the basis of the connected scale of more than 63 million Internet of Things.

In the field of new kinetic energy, the exclusive brand of "Zhiyun Pilot" government and enterprise customers and the SMART product service system, 5G Mall 3.0, 5G+ capability open platform, and 5G message self-service platform were released. Zhejiang Mobile actively supports the construction of five comprehensive applications of digital reform, deeply participates in the construction of 16 government "8+13+11" iconic applications, and launches more than 90 applications such as new smart cities and smart police services, and builds a 5G+ industrial Internet platform to help nearly Hundreds of enterprises have made intelligent production, accelerated the creation of more than 400 solutions such as intelligent manufacturing and telemedicine, and implemented the "four major plans" of technology integration, capacity doubling, application blooming and terminal sailing.

In the new security field, Zhejiang Mobile and Huawei jointly unveiled the joint innovation center for 5G network security. With the large-scale deployment of Zhejiang Mobile’s 5G network and the blossoming of industry applications, the establishment of the 5G Network Security Joint Innovation Center is aimed at 5G network security. The two parties actively cooperate, continue to explore and innovate, continue to enhance the security capabilities of 5G networks, and guard the 5G city . Zhejiang Mobile released the "Shangyang" safe and intelligent middle station. At present, Zhejiang Mobile is strengthening the research and development of information security technology and making every effort to improve the new infrastructure security guarantee system. Upgraded security service capabilities, took the lead in building a network security and data security smart center, and launched 22 security products.

More than 200 guests from the leaders of relevant departments of the Zhejiang Provincial Party Committee and Provincial Government and the upstream and downstream partners of the industrial chain attended the meeting.