You are here: Home / News / Knowledge / Prevention and Solution of Water Ingress in the Joint Box of Directly Buried Optical Cable 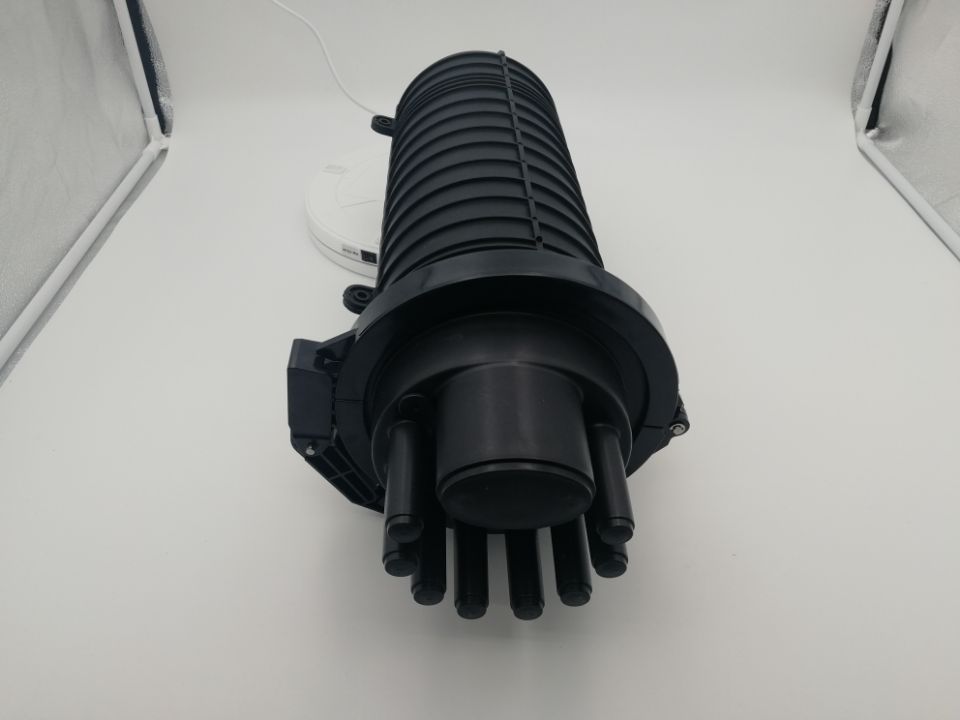 1. Correct handling of the lead-in part of the optical cable in the splice box

Commonly used optical cable joint boxes for direct buried laying, no matter what structure, as long as they have a network access license, are equipped with instructions for their application characteristics. The operator should read this manual carefully before use, and pay close attention to the parts with high probability of occurrence, especially the lead-in part of the line optical cable into the splice box. The handling of this part should do the following:

After the joint box is closed, from the outside of the joint box, the traces of the non-vulcanized rubber tape being squeezed out of the box can be clearly seen.

(2) The cleanliness of the non-vulcanized rubber belt must be ensured.

Due to the limitation of the field geographical environment of some optical cable connection points and the operator's negligence, the non-vulcanized rubber belt is easy to stick to impurities before use, and its viscosity will be reduced, resulting in a decrease in the moisture resistance of the connector box after packaging.

(3) It is necessary to ensure that the non-vulcanized rubber belt is stretched and wound with operating specifications. In order to ensure that the non-vulcanized rubber tape can connect the joint box and the line optical cable as a whole when encapsulating, and there is no gap between its own layers and layers, the operator should stretch it evenly during winding and use. If the tensile force is not enough, it is impossible to make it evenly wound, and gaps will inevitably appear after the joint box is encapsulated; if the tensile force is too large, it will break.

2. Prevent warping of the optical cable at the lead-in part of the splice box

On the basis of maintaining the structure of the existing optical cable joint box, the expansion water-blocking gauze tape is used to replace the non-vulcanized rubber tape as the sealing material, which can improve the moisture-proof performance of the joint box. The water-blocking function of the swelling water-blocking gauze is to use the main body of the water-blocking gauze to quickly swell to form a large-volume jelly (water absorption can reach dozens of times of its own volume, and in the first minute of contact with water) The inner diameter can rapidly expand from about 0.5mm to about 5.0mm).

Moreover, the water retention capacity of the gel is quite strong, which can effectively prevent the growth of moisture for a long time, block the water channel space between the optical cable joint box and the outside, and prevent the continuous penetration and diffusion of moisture. Compared with non-vulcanized rubber belt, water-blocking gauze belt has the following characteristics: it can be used repeatedly. Reduce the cost of optical cable operation and maintenance: good chemical stability, no corrosive ingredients, long-term resistance to bacteria and mold: a certain mechanical strength, can prevent the damage to the sealing performance of the connector box caused by vibration or topographical changes; sealing requirements and procedures, and The operation method is the same as that of non-vulcanized rubber belt, no special bead skills are required.

From the perspective of the sealing performance of the joint boxes of the four structures, the different sealing techniques are adopted for the introduction part of the optical cable into the joint box, which brings different moisture-proof effects. The cap-type splice box uses heat-shrinkable sleeves for waterproofing at the fiber optic cable introduction part of the splice box: the open type and other three common direct buried fiber optic cable splice boxes use non-vulcanized rubber tape to prevent moisture in this part. From the overall effect, it is obvious that the moisture-proof effect of using heat-shrinkable sleeve is better than that of using non-vulcanized rubber belt. to this end. The heat-shrinkable sleeves originally used for cap joint box sealing should be used for the other three types of directly buried optical cable joint boxes. The improved connector box is identical in structure to the original connector box. The biggest difference from the original connector box is that the length of the bayonet of the upper and lower covers of the original connector box is extended, and the upper and lower covers are integrated. In order to facilitate the sealing treatment of the heat-shrinkable sleeve, the length of its extension should generally not be less than 4cm~6cm. In this way, P-type or W-type heat-shrinkable sleeves can be used when sealing the joint box, and the parts that originally need to be sealed with non-vulcanized rubber tape can be easily sealed with heat-shrinkable sleeves, thereby further improving direct burying. The moisture-proof performance of the optical cable connector box.